Back to Alumni Page 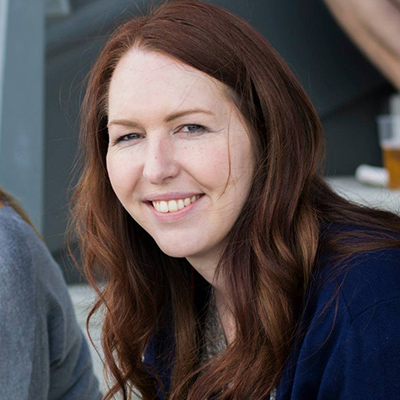 Claire furthered her studies at our articulation partner, after completing the Oakfields College National Certificate in Film  in 2011. Since graduating she has been working as a film-maker in London and is currently a freelance video editor for Future Thinking.

She works as part of the creative services team who support market research executives in delivering engaging visual/digital data collection to some of the biggest clients in the UK and abroad.

Claire said the below about her studies at Solent:

"I was lucky enough to be able to go and study at Solent University after graduating from Oakfields College. During my time at Solent, I met some great people and saw some amazing things. I had the opportunity to have my work published in a student-run film magazine as well as Film Matters Journal,based in the US.

As part of the course, I produced short films, TV studio productions and corporate videos. The University also brings in industry professionals like Sir Alan Parker - director of the original ‘Fame’, it is awesome to be able to get advice from such talented people. As my final major project, I produced a short film with three friends. We were tutored by a director-writer who at the time had his latest film circulating in cinemas around the UK. Our film was screened at the Harbour Lights Picturehouse in Southampton.

I would definitely recommend Solent to other students who have the opportunity to do so as it broadened my horizons and opened up opportunities I never thought possible."